The ship started operations in inland Malaysian waters in 2014

The Malaysian shipbuilder Inai Kiara SDN BHD presents the largest suction dredger in the world. The ship is almost 200 metres in length and has a loading capacity of over 30 000 m3. A specially designed drive system makes it possible to accommodate the components needed for the enormous power in the confined space available in the hull.

The dredger is a hold suction dredger of the type used for extracting raw materials or deepening shipping channels. The ships travel to the operations areas under their own power, suck the material up from the bed of the waterway through pipes at the side, and then pump it into the hold where the water is drained off. To unload the ship, the material is flushed out of the hold in the same way.

For the main pump, the manufacturers have used two engaging and disengaging dredging gear units of type GJZ 2250 made by Flender. To ensure maximum pumping capacity, these Flender multi-speed gear units were installed between the pump and the motor. The gear units have three engaging and disengaging transmission stages which means that the output speed can be adjusted to the conditions under which the pump is working. This makes it possible to achieve three operating states, suck material up from different depths and unload it - all with the same drive system. For the process of unloading, the pumps can also be connected with one another in series.

The gear units are operated by pneumatically powered Meslu friction couplings made by Vulkan. Each of the units is fitted with three such couplings. Through the special quill-type shaft design, it was possible to locate the couplings outside the gear unit, which makes maintenance particularly easy. When strong forces are acting on the shafts, the design prevents the shaft from bending. In addition, it also reduces the surface pressure in the bearings.

The two large gear units, each weighing over 90 tons, are driven by two MAN main motors which generate an overall power of 26,500 kW. Behind the main motors, propulsion gear units of type GUCQ 1470 are located. These also make use of the quill-shaft design. Their case-hardened and ground gearing makes them particularly quiet in operation and increases their life span. The restricted space available for installation and the arrangement of the drive elements made their design extremely challenging. Flender’s space-saving design also made it possible to fit the hydraulic couplings at the rear, thereby improving accessibility for maintenance purposes. The integrated thrust bearings receive the entire force of the two ducted propellers and transmit it to the foundation. A primary auxiliary drive can also be used to power a generator.

The components supplied also include two "smaller" pump gear units of type G1EE 630, both of which are driven by an electric motor. These units are used to drive the jet pumps for pumping the sand out of the holds and for generating a water jet in the suction head during dredging operations.

Two FLENDER ZAPEX couplings were also supplied as well as so-called turning units (SIMOGEAR), which are needed to inspect all the gearing during maintenance. Flender was therefore able to supply a comprehensive all-round package. The tried and tested high-quality industrial components ensure the safe and reliable operation of the ship. 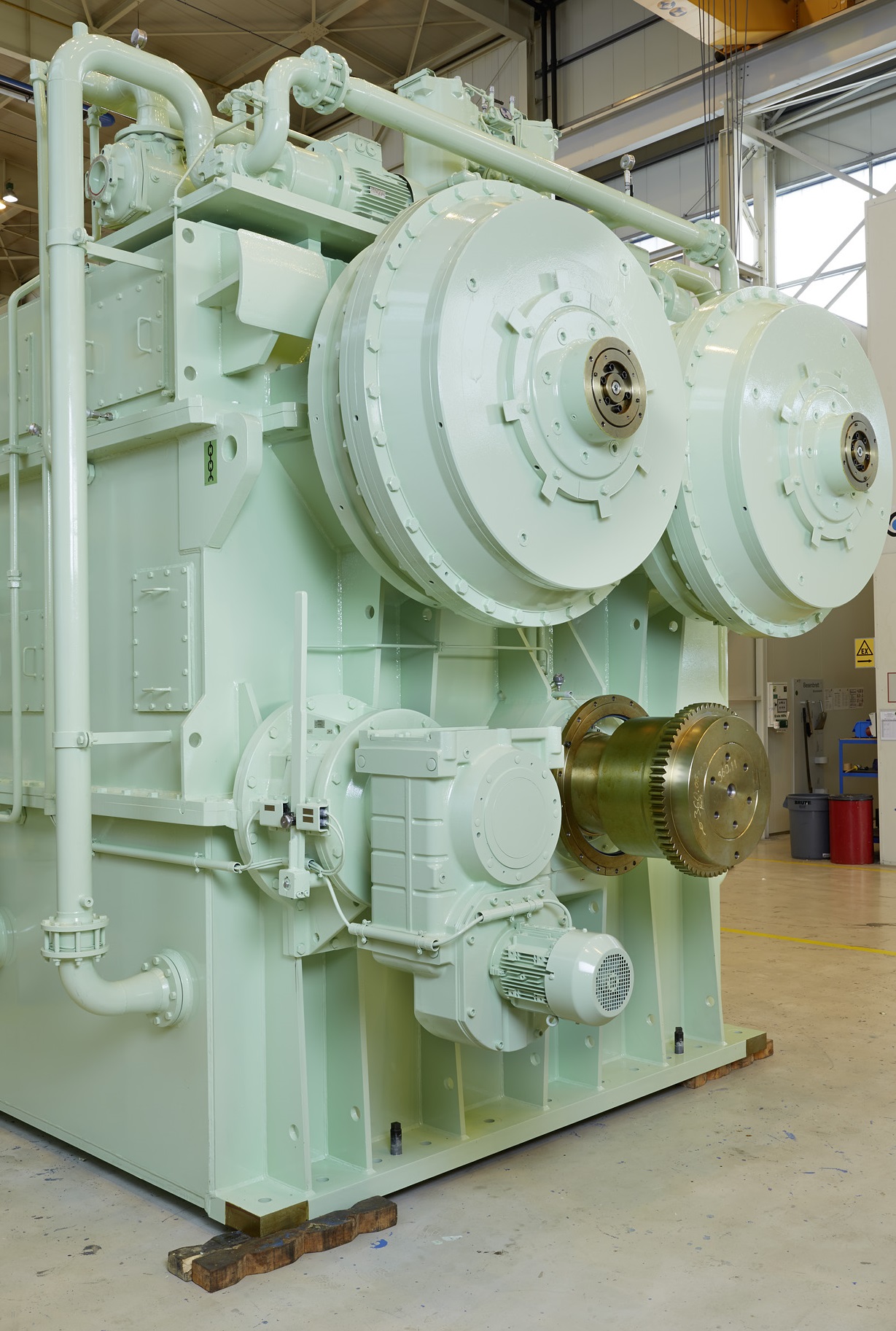 The engaging dredging gear units of type GJZ 2250 from Flender can be adjusted to the conditions under which the pumps are working, thereby ensuring maximum pumping capacity. 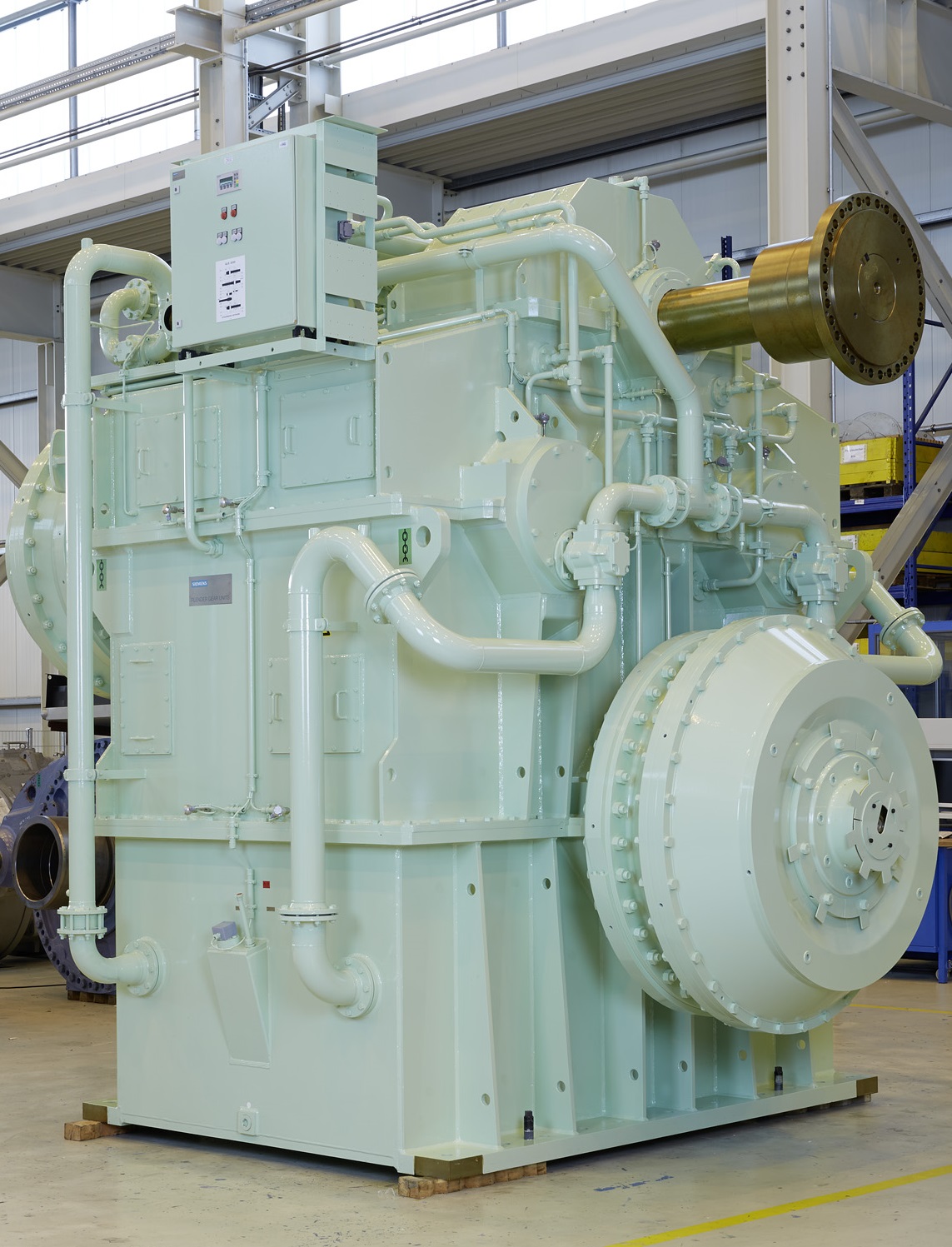 The Flender propulsion gear units GJZ 2250 are designed for an output of each 13,250 kW.